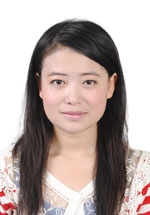 Interpreted and translated in conferences and expositions

Gave lectures on Basic theory of Traditional Chinese Medicine and acupuncture for foreignstudents.

Orally present at the conference, the topic is What matters is the invisible—on the nature of channels: a clinical trial on 148 stroke-sequel patients receiving acupuncture treatment guided by channel palpation